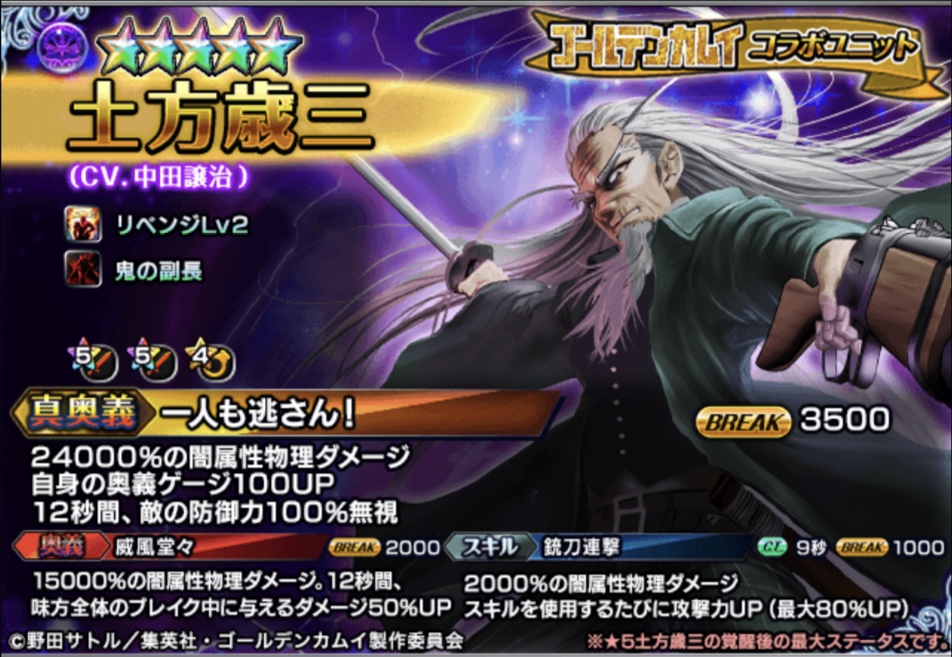 Upon death, the Arts gauge will recover by 2 each

Deputy Chief of the Demon

*1 Equipment with killer ability
*2 Any equipment that can manage the Arts gauge
Toshizo Hijikata can shoot powerful “True Arts” that can ignore the defense of the enemy.

Since it is an attack that does not need to increase the critical rate, let’s equip it so that the damage is further increased ♪

It is recommended that equipment that has a killer effect on its abilities will always increase damage!

*Highest damage ratio
Hijikata Toshizo has 2 Star 5 physical slots, and since the Star 4 equipment slot is a support slot, equipping a Terracon makes it easier to collect silverbirds and spirits.

Toshizo Hijikata is an attacker, so let’s add attack up ♪

How to use Toshizo Hijikata

When using Hijikata Toshizo, you can always use “True Arts”♪

In addition to a powerful attack that ignores defensive power, you will be able to shoot “True Arts” as if you were “Arts” because your Arts gauge is increased by 100.

I don’t use “Arts” much because it only works during breaks (laughs).

Should I strengthen my Toshizo Hijikata?

Let’s raise it as soon as Toshizo Hijikata gets it♪

LUCK is also easy to raise, and it is very excellent as a luck frame for collecting materials.

Once you get it, let’s grow quickly and raise LUCK quickly!